The following resources are for instructors and students alike.  They are sorted by topic, and include relevant course sections, a brief summary, and links to additional resources including articles, websites and videos.

Summary: Certain animals have olfactory senses that allow them to smell and identify volatile organic compounds (VOCs) associated with certain cancers when exposed to breath or urine samples. Dogs are adept at detecting prostate cancer. Fruit flies have been genetically modified so their antennae glow when they detect certain VOCs associated with cancers.

Shirasu, Mika and Touhara Kazushige. 2011. The scent of disease: volatile organic compounds of the human body related to disease and disorder. J. Biochem. 150(3): 257-266. Available at:

Summary: There have been claims in the media about the measles virus or vaccine cure cancer, but this is not the case. However, virus treatments for cancer (called virotherapy) which involve a genetically-modified virus have been successful in a very few cases, but work still needs to be done in this field. Efficacy of virotherapy will require improved systemic tumour targeting, overcoming stroma barriers to virus spread, and selectively stimulating immune response against tumour antigens but not against the virus.

Summary: The advent of the human genome project – sequencing the human genome, has made it possible for scientists to compare the human genome with many others including extant primates, and extinct ones. Svante Paabo, a scientist at the Max Planck Institute for Evolutionary Anthropology, managed to recover and sequence neanderthal DNA and compare it to modern humans and great apes to increase the number of deductions that could be made concerning human evolution. Paabo’s TED talk is an excellent explanation of human migration and colonization, but also of the principles of DNA sequencing and using that to determine relatedness among extant and extinct species.

Summary: Cloning is a matter of scale and technique. For example, genes are cloned by extracting them from one organism and making many copies (clones), which may be inserted into another organism, which is now a transgenic or GMO. Whole organisms may also be cloned, as in the case of Dolly the sheep. This requires one of two techniques, nuclear transfer, or embryo twinning or splitting. Both have been used to produce clones successfully, however nuclear transfer results in clones with problems. Indeed a monozygotic twin is a clone. Cloning an extinct animal presents the challenge of extracting complete DNA from a fossil – so far not achieved. However, a scientist has managed to regress DNA in a chicken to produce dinosaur teeth. Also, although many pets have been cloned by the many pet-cloning companies that popped up after Dolly was cloned, primates pose different problems to cloning, both biological and ethical. The biological hurdle for cloning primates seems to be the absence of key proteins that divide and separate chromosomes during mitosis. There is an international agreement on the prohibition of human cloning, which separates human cloning into to camps: reproduction and research.

TED talk: Jack Horner on building a dinosaur from a chicken..
http://www.ted.com/talks/jack_horner_building_a_dinosaur_from_a_chicken

Science journal articles are available at: http://www.sciencemag.org. Search: primate cloning. You must register to view the full articles.

Summary: Alzheimer’s is a neurogenerative disorder that affects neurons and glial cells and leads to dementia. There is an incidence rate of approximately 10% at age 65, and 45% at 85 years of age in North America. Persons with Alzheimer’s exhibit neurofibrillary tangles (masses of cytoskeleton), and amyloid plaques (misfolding & buildup of peptides). This leads to atrophy of the cerebral cortex and hippocampus (memory centre). Recently there is evidence to show that the plaques and tangles are preceded by problems with glial cells, particularly astrocytes. Environmental stimulation, or an enriched environment, has been shown to modulate glial cells affected in early AD, with a potential restoration of function in astrocytes.

NOVA ScienceNow Of Mice and Memory (class video, not available on line)
top

Summary: Vaccines have saved millions of lives since their discovery in the 1700’s eradicated smallpox, and contained outbreaks of diseases such as measles and polio. Unfortunately, with misinformation about an autism connection to vaccines, an anti vaccination movement has sprung up, and now there is a resurgence of diseases such as measles and whooping cough. There is no relationship between vaccines (including the MMR) and autism, or autism spectrum disorder, nor is there a relationship between autism and mercury, including thimerasol, once used as a preservative for vaccines. The suggestion of a link arose in 1998 when Andrew Wakefield (et al) released a paper with falsified data for his financial gain. The paper was later retracted and his medical licence revoked. Extremely rare side effects occur with vaccines, but not getting a vaccine risks death, of the individual or of the people to whom that individual spreads these extremely contagious diseases. Susceptible members of the population are children, the elderly, people with certain medical conditions or allergies, and those without access to vaccines. However, if those who can get vaccinated do, then this creates a herd community and protects vulnerable members of society.

Map showing vaccine-preventable outbreaks of diseases in the world. http://www.cfr.org/interactives/GH_Vaccine_Map/#map

Discovery video on the history of vaccines(3 min) Class video not available online.

Summary: Personal DNA analysis has come a long way. Initially, sequencing the human genome in the human genome project took 13 years and $1 billion (it was mostly DNA from a donor in Buffalo, NY). Now sequencing a genome takes 2 or 3 days, and $4-5 thousand. Progress in technology such as microscopy, nucleotide biochemistry, and polymerase engineering has advanced considerably. The human genome was sequenced using the Sanger method, but there have been what is called next or second generation, and third generation techniques developed since then making it faster and cheaper. There are many reasons to sequence DNA. One is to determine relationships among extant species. Sequencing may also be used in the health sciences to determine genetic disorders or disease. Personal DNA sequencing is a way in which your DNA can be compared with variations in the general public’s DNA (all those that have been sequenced). This gives you a probability of having or contracting certain traits, when compared with other people’s DNA. The more people that are sequenced, the greater the database will be. Generally, the whole genome is not sequenced, but rather segments of the genome, which differ among individuals at one or more base pairs (SNP or single nucleotide polymorphism). Since any individual can have his or her DNA analyzed, it is important for students to be aware of how this information is analyzed, it’s limitations, and applications. Students must also have a firm grasp of probability.

Commentary in Academic Medicine by Salari et al. To genotype or not to genotype? Addressing the debate through the development of genomics and personalized medicine curriculum:

Van Eenennaam, A. 2009. Basics of DNA markers and genotyping (from a PhD student in Animal Science) HANDOUT

Summary: Colour blindness (a.k.a. colour vision deficiency or daltonism) is a sex-linked trait controlled by a recessive allele on the X chromosome (although it may also be caused by certain diseases or faulty nerve pathways). Females require two recessive alleles, and males only one to express colour blindness. About one in 12 males are affected, and one in 200 females. Effects of this condition vary in their severity. There are two types of colour blindness: red/green or blue/yellow (more rare). Complete colour loss is very rare. A red-green colour blind person would have difficulty identifying red and green, but also colours that have red or green as part of the whole colour (oranges, browns, purple, blue). 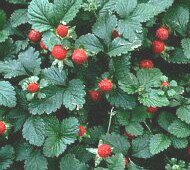 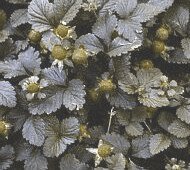 There are three colour sensitive cells (cones) in the retina, sensitive to different wavelengths of light. They are called L, M and S cones. They correspond closely to red, green and blue wavelengths, but their absorption spectra overlap.. Light of varying wavelengths is absorbed by photopigments (opsins), and it is the lack of photopigments that leads to colour blindness. The genes encoding the S-cone and rod pigments reside on chromosome 7 and 3 respectively. In contrast, the genes encoding the L- and M-cone pigments are located on the q arm of the X chromosome. Colour blindness is caused by the alteration of one or more of the genes. The goal of gene therapy is to introduce an opsin allele that is functional. This has met with some success with squirrel monkeys in the Neitz Laboratory. Squirrel monkeys have only two photodetectors, red and green, both on the X chromosome, therefore all males are red/green colour blind. No treatments are yet offered for humans that I could find (as of June 2014). Treatments for humans are sought because many fields require full colour vision, such as aviation, customs, railways, electrical, and some hospital positions. Furthermore, restrictions vary by country. 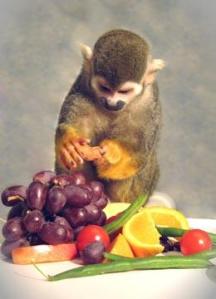 Wikipedia – Gene therapy for colour blindness. I don’t usually recommend Wikipedia, but this article is quite good and more succinct than some.
http://en.wikipedia.org/wiki/Gene_therapy_for_color_blindness 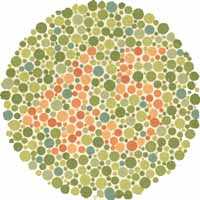